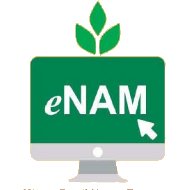 The ENAM initiative is spread across 18 states and three union territories currently. The Government of India recently added 38 Mandi to the initiative and has reached its set target of 1000 Mandis.

Recently, the Government of India linked 200 Mandis to ENAM and another 117 in a short duration after this. Adding 38 more Mandis to the network, ENAM has achieved its set target of integrating 1000 mandis. Out of these 38 mandis, 19 were from Madhya Pradesh, four from Maharashtra, 10 from Telangana and one each from Haryana, Gujarat, Punjab, Jammu and Kashmir and Kerala.

The GoI had set a target of linking 1000 Mandis to the ENAM platform in April 2020. This was set up to help farmers during the lock down period. This target has now been achieved.

The ENAM initiative was launched in 2016. The scheme aimed to network all the mandis under the platform called “One Nation One Market”. The platform also aims to reduce transaction costs and help in expansion of market access to farmers. So far 1.66 crore farmers and 1,31,000 traders are registered under ENAM platform.