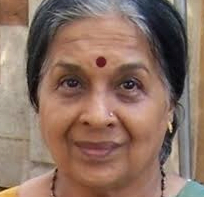 Veteran Kannada actor Kishori Ballal recently passed away at the age of 82. She was known for starring with Shah Rukh Khan in his movie -Swades as ‘Kaveri Amma’.

She made her acting debut during 1960 in the movie ‘Ivalentha Hendathi’ and has acted in more than 75 movies of different Indian languages. The artist had been acting for more than 50 years and starred in several Bollywood films too.