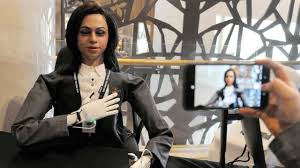 This humanoid with feminine features is to be launched into space ahead of the first manned space mission of India. The humanoid will simulate the human functions required for space during its test flight before real astronauts take off for the first manned space mission of India before August 2022. It can perform all crew functions like switch-panel operations, environmental control and life-support system. ISRO has scheduled two trail flights with humanoids in December 2020 and July 2021. The human-resembling model will be sent to space in a space capsule by the end of this year or early during the next year. Vyommitra has been designed to take commands, perform a task within the cabin of the space capsule and will be able to detect if there are environmental changes within the cabin that can be uncomfortable for the astronauts.