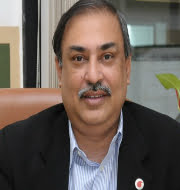 Vodafone has appointed Sunil Sood as the Chief Executive Officer (CEO) for its India operations. He will be first Indian CEO of Vodafone.
He will replace Martin Pieters will step down on 1 April 2015. Presently, he is Chief Operating Officer (COO) of the company
Martin Pieters was the longest serving CEO of a telecom firm in the country and was CEO since 2009.
Under Pieters’ leadership, Vodafone India had doubled its revenues and added more than 100 million customers. He also played important role in increasing market share of Vodafone India and launched data services which is used by more than 57 million customers.
About Sunil Sood