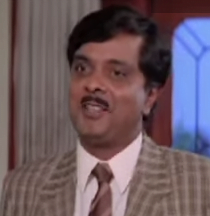 Veteran actor Sadashiv Amrapurkar passed away due to complications from a lung infection at the Kokilaben Dhirubhai Ambani Hospital in Mumbai. Amrapurkar is known for his stellar performance in Sadak, Ishq and Ardh Satya. He was especially well known for his villainous roles, and later his comedic roles. He has done roles in mainly Marathi and Hindi movies, though he established his presence in various other regional movies. He was very active during the 1980s and 1990s. Since the 2000s, he has starred only in one movie, Bombay Talkies. He has also been a recipient of multiple Filmfare Awards.
Some other key facts about Amrapurkar are:-