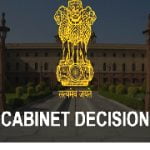 The Union Cabinet approved India’s approach to Climate Change Negotiations at the 22 Conference of Parties (COP) to United Nations Framework Convention on Climate Change (UNFCCC), held in Marrakesh, Morocco in November 2016.
The approval aims to safeguard interest of poor and vulnerable groups by laying stress on adaptation, damage and loss while protecting the development space.

What is India’s approach?

Growth and development of a country are linked with Greenhouse Gas (GHG) emissions. The development space for India and developing countries needs to be preserved while combating the ill-effects of climate change. It seeks to address the adaptation needs of the country to combat the ill-effects of climate change and also enables the achievement of developmental goal. The approach incorporates the interest of all strata of society in the country.