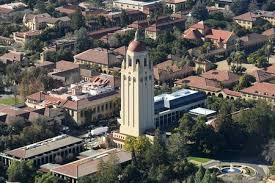 Stanford University was named as World’s Most Innovative University by Reuters news agency rankings. No Indian was able to make it to the list. The Reuters’ top 100 World’s Most Innovative University ranking recognises universities from across the world for their work in inventing new technologies, advance science and power new markets and industries. It was first published in 2015, since then there has been no mention of any Indian university in the list.

In this top 100 list, 48 universities are from North America find mention on the list, 23 Asian universities, 27 from Europe and 2 from the Middle East. The list has no mention of universities from South America, Africa and Oceania countries that include Australasia, Melanesia, Micronesia and Polynesia.
US dominated the list with 46 universities among the top 100. This year Chinese varsities have increased their presence in this with total five universities. The key factor was this year’s ranking was Geopolitical trends. Stanford University from US has topped this list for four consecutive years. The second and third spots have been held by US’s Massachusetts Institute of Technology (MIT) and Harvard University respectively.