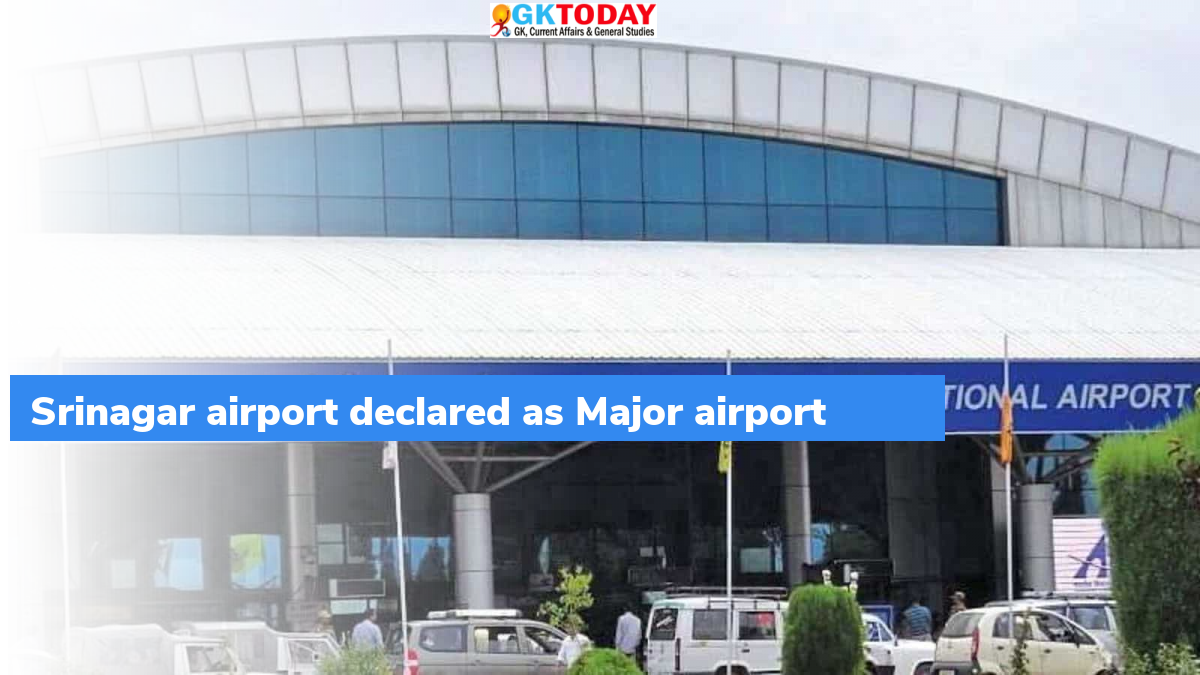 The Ministry of Civil Aviation declared “Srinagar International airport” as a “Major Airport” on November 6, 2021.

What does this decision mean?

With this decision, tariff for aeronautical services at the Srinagar Airport will be determined by Airports Economic Regulatory Authority (AERA).

Which airports can be designated as major airports?

Who decides tariffs for non-major airports?

For non-major airports, tariffs are determined by the Airports Authority of India (AAI). AAI is a body working under the Ministry of Civil Aviation.

AERA is a regulatory agency working under Government of India, as a statutory body. It regulates tariff and other expenditure & fees for major airports. It was established under the Airports Economic Regulatory Authority of India Act (AERA), 2008. The body regulates tariffs and fees charged to airports and passengers. It also monitors the quality of service.