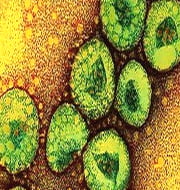 South Korea has declared the deadly outbreak of Middle East Respiratory Syndrome (MERS) outbreak in the country has over.
It was announced by South Korean Prime Minister Hwang Kyo-Ahn.
Severity of outbreak: It was the worst medical outbreak faced by South Korea originated from the alien virus from Saudi Arabia. It had killed 36 people and infected around 186.
The MERS outbreak was the biggest outbreak of the deadly virus outside Saudi Arabia. It had taken a toll on South Korean economy which is Asia’s fourth largest economy by stifling consumer spending.