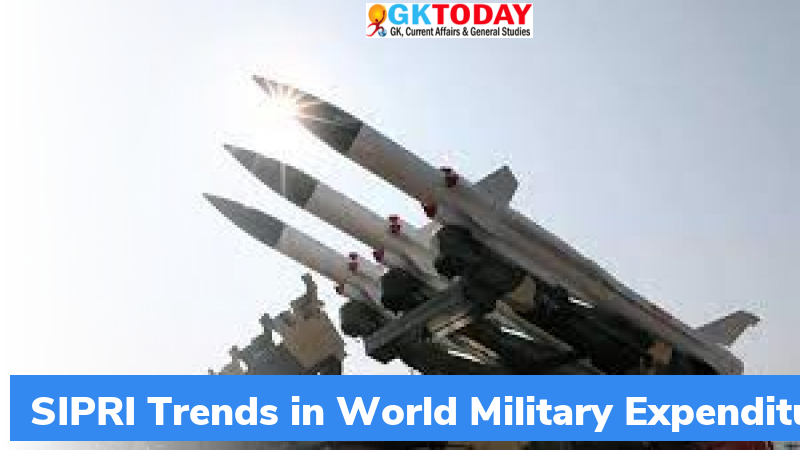 The Stockholm International Peace Research Institute recently released its “Trends in world Military Expenditure” report. According to the report, the top military spenders in the world are the United States, China and India. These three countries alone contributed 62% global military expenditure.

The other countries that spent large amount on building their military were as follows:

While countries were increasing their expenditure on military, some countries reallocated their planned military expenditure towards the pandemic. They were South Korea and Chile. Some other countries like Russia, Brazil spent less amount than their initial military budgets.

According to the report, the arm imports of India came down to one third in 2016-20 as compared to that of 2011-15. Still India remained the second highest arms importer after Saudi Arabia. In the decline of arms imports of India, Russia was the affected supplier. Russia had eventually increased it arms exports to Algeria, Chin and Egypt replacing India.

The report also state that US, Russia, France, Germany and China were the top five arms importers in 2016-20.

The top arms exporters were US, France and Germany.

The deployed warheads are missiles located on bases with the operational forces. That is, they are ready to use. The other warheads are those that are reserved or stored awaiting dismantlement. For India, the report gave a figure of 130-140 in “other warheads”.