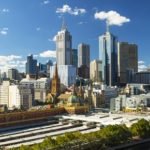 Amarinder Singh, Chief Minister of Punjab has virtually launched the phase-II of Rs. 11,000 crore Urban Environment Improvement Programme (UIEP). He has launched the programme from Bachat Bhawan, Ludhiana in Punjab. The project will focus on the development of the state’s urban infrastructure and well- organized service delivery systems to the urban population.

What were the funds allocated for the programme in phase I?

The Punjab state has spent Rs. 3000 crores in the first phase of UIEP.

What are the key steps to be implemented in Second Phase of the programme?

Need for the scheme

Now-a-days, one out of each three persons in Punjab is urbanized. It is the most urbanized state of the region and is running in front on race with Haryana, Jammu & Kashmir and Himachal Pradesh. The ACGR of the urban population is excessive than that of the total population. This has outcome in high population density in urban areas.

The Unified Development Control and Promotion Regulations (UDCPR) was unveiled by the Maharashtra go...

Punjab had revoked/withdrawn the general consent to the Central Bureau of Investigation (CBI). From ...