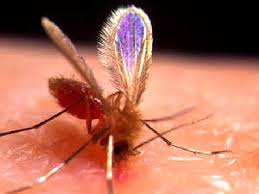 Scientists have found that Leptomonas seymouri parasite hosts virus called Lepsey NLV1 which is responsible for spread of kala-azar. However, scientists are still not clear how parasites cause infection and how it manages to hide within body. The discovery portends new kind of treatment regime and may aid attempts to eradicating disease.

Kala-azar or visceral leishmaniasis (VL), also known as black fever and Dumdum fever is most severe form of leishmaniasis. It is zoonotic (or parasatic) infection transmitted by sand fly (Leishmania donovani), a blood-sucking pest, which is one-third size of mosquitoes and found in moist (humid) mud and sand and in close proximity to livestock. It signs and symptoms include fever, weight loss, fatigue, anemia, and substantial swelling of liver and spleen. It is treatable and requires a medical diagnosis. If untreated, kala-azar can kill within two years of onset of ailment.
Kala-azar belongs to Neglected Tropical Disease (NTD) family of diseases which affect poorest populations. It is second-largest parasitic killer in world after Malaria. It is endemic to Indian subcontinent in 119 districts in four countries (Bangladesh, Bhutan, India and Nepal). India accounts for half the global burden of Kala-azar disease.