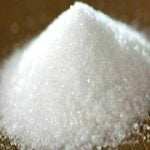 The Union Cabinet chaired by Prime Minister has approved a Rs. 8500 Crore bailout package for the distressed sugar industry in the country.

Though government decontrolled sugar industry partially in 2013 and allowed them to sell their produce in open market, the sugar industry faces a bizarre problem that price of its raw material (cane) is fixed by state and central governments as State Advised Price (SAP) and Fair and Remunerative Price (FRP) respectively. The government supported cane prices are attractive to farmers, but loss due to any fall in the prices of sugar in open market has to be borne by the sugar industry. Further, absence of infrastructure for ethanol production makes sure that the surplus production of sugarcane is not optimally absorbed.

Every year the World Agri-Tourism Day is celebrated on May 16. This year, on the fourteenth World Ag...

Every year, Maharashtra Day is celebrated on May 1. It commemorates the formation of the state of Ma...

What is Cycle threshold (Ct) Value in a RT-PCR Test?

The Ct Value in a RT-PCR test is cycle Threshold value. This value determines if a patient is COVID-...

Govt & IIT-B to form Centre of Excellence in Gaming

The Union Minister for Information & Broadcasting said that the Ministry of Information and Broa...