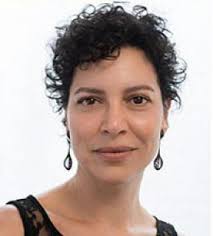 The Ramanujan Prize for Mathematicians for the year 2020 was presented to Dr Carolina Arajuo. She is a mathematician from the Institute for Pure and Applied Mathematics, Rio de Janerio.

About the Ramanujan Prize for Mathematicians

It is the prize funded by the Department of Science and Technology in collaboration with International Centre for Theoretical Physics and International Mathematical Union. The funds are provided through the Albel Funds.

The prize is awarded every year to young mathematicians who are less than 45 years of age to conduct outstanding research in a developing country. The award is presented in the memory of Srinivasa Ramanujan.

It is also called the ICTP Ramanujan Prize. This award is presented by the International Centre of Theoretical Physics located in Italy.

She is the first non-Indian women mathematician to receive the prize. She has specialised in birational geometry, algebraic geometry, Fano varieties and foliations. Also, she is the Vice President at the International Mathematical Union.

He was an Indian mathematician who lived between 1887 and 1920. He has made significant contributions to number theory, mathematical analysis, infinite series and continued fractions. His works were recognised by Hardy, an English mathematician. Hardy invited Ramanujan to Cambridge University in 1913. However, in 1919, Hepatic Amoebiasis forced Ramanujan to return to India. Later, he was diagnosed with Tuberculosis.

The Hepatic Amoebiasis is responsible for more than 100,000 deaths per year in the world. It is a disease caused due to amoebic infections.

It is an international non-governmental organization. The IMU is a member of International Congress of Mathematicians. The main objective of the Union is to promote international cooperation in mathematics and other international scientific meetings and conferences.

1729 is Hardy Ramanujan Number. When Hardy visited Ramanujan in hospital, Ramanujan told Hardy that 1729 is the smallest number that can be expressed as sum of two cubes in two different ways.