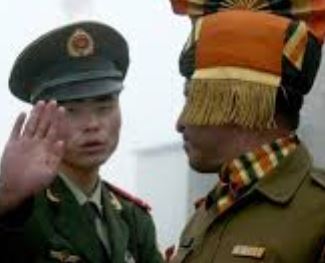 The Pangong Lake stand-off between soldiers of India and China has been resolved through delegation-level talks.

What led to the stand-off?

Indian soldiers were patrolling at the northern bank of Pangong lake and were stopped by Chinese soldiers. This led to the standoff between the two sides.  The tensions escalated with both calling in reinforcements and it continued till the evening,

Two-thirds of the lake in the high-altitude region which extends from Tibet to Ladakh is controlled by China. The stand-off was due to the differing perceptions of LAC (Line of Actual Control).

Differing Perceptions about the LAC

Pangong Tso is a long narrow, deep, endorheic (landlocked) lake situated at a height of more than 14,000 ft in the Ladakh Himalayas. The difference in perception over where the LAC lies on the northern bank of the lake and makes this contested terrain.

In 1999 the Army unit from the area was moved to Kargil for Operation Vijay. China took the opportunity and built a 5 km road inside Indian territory along the lake’s bank. This road added to the extensive network of roads built by the Chinese in the area, which connect with each other and to the G219 Karakoram Highway.

The mountains on the lake’s northern bank jut forward in major spurs, which the Army calls “fingers”. India claims that the LAC is coterminous with Finger 8. The Chinese regime dispute this claim.

Chinese positions physically overlook Indian positions on the northern tip of the Pangong lake and often the two sides enter into skirmishes due to differences in perception of LAC.