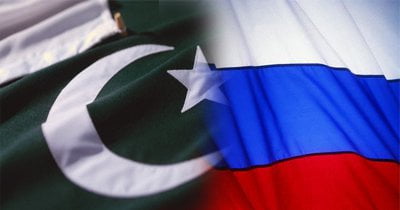 For the first time, Pakistan and Russia have signed an energy deal agreement worth US $ 1.7 billion. As per the the agreement  gas pipeline will be laid between Pakistani cities- Karachi  and Lahore.
The energy agreement was signed after the Russian Defence Minister Sergei Shoigu had visited Pakistan in November 2015. His visit to Pakistan  was after 45 years, as the last visit to Pakistan was made by then Soviet Union’s defence minister Andrey Grechko.
This move of both countries aims to further improve their bilateral ties. Both countries also had inked a defence and military cooperation deals.
Key facts