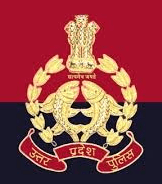 The City Police has recently launched ‘Operation Nakail’ in Ghaziabad, to verify the identity of auto-drivers of the city. Under the initiative, a unique four-digit number will be allotted to every auto-rickshaw of the city.

The owner of the vehicle has to paint the number, his name and mobile number on the auto, which would be easy to identify them. After many crimes were reported to be held in auto-rickshaws, this initiative was launched.