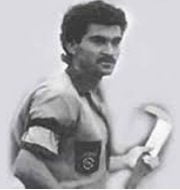 Noted Indian hockey player Mohammed Shahid passed away due to multiple organ failure in Gurugram, Haryana. He was 56.
Mohammed Shahid was a member of the V Baskaran-led Indian team that won a Gold medal at the 1980 Moscow Olympics.