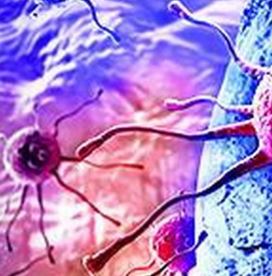 The Indian scientists have explored the possibility of reaching out to cancer cells and triggering their natural programmed death.

How does this approach work?

The approach uses the combined effect of targeting and inducing a ‘stress’ inside the Endoplasmic Reticulum of tumour cells and administering a small amount of a drug.

The laboratory tests on cervical cancer cell lines have found that the combination treatment increases the death of cancer cells due to apoptosis or natural cell disintegration.

What is Endoplasmic Reticulum?

Endoplasmic Reticulum is the cell components which consists of folded membrane spreading across the cell. It is the protein and lipid factory of the cell, responsible for manufacturing, packaging and dispersing of various functional proteins for the body.

The production process in the Endoplasmic Reticulum sometimes yields unwanted proteins. These are immediately scavenged away by another resident protein called Hsp 90. If Hsp 90 stops functioning many waste proteins build up inside the cell, creating stress. This will eventually kill the cell.

How it is carried out?

The researchers have developed a lipid-modified molecule. A chemical entity called sulfoxide is attached to the structure of the lipid molecule so that it would be recognised by the external receptor structure of endoplasmic reticulum.

This fluorescent chemical acted as a tracking system tag which traced the path and ascertained the destination of the nanoparticle.

How it offers a better strategy?

In direct drug treatment, cancer cells get acclimatized to the drug and develop resistance toward it wherein combined strategy the combined effect of targeting and inducing stress may offer a better scope of treatment down the line in near future.