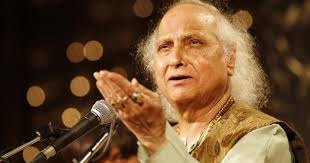 The IAU – International Astronomical Union has named a minor planet between Mars and Jupiter after an Indian classical singer Pandit Jasraj. He is the first Indian musician to receive this honor. The planet was discovered on November 11, 2006.

The minor planets discovered are given permanent numbers by the IAU. The number given to Pandit Jasraj planet was 300128 which is a reverse order of his date of birth 28/01/30.

About the minor planet

The asteroid, formally known as minor planet was discovered by the Catalina sky survey from the telescopes based in Arizona. As of September 2019, there are 5,41,131 numbered planets and 7,97,078 unobserved planets.

Pandit Jasraj has received numerous awards, titles and honors. It includes Padma Vibhusha and Sangeet Natak Akademi awards. He belongs to the Mewati Gharana age of music. It was founded by the brothers Utd Ghagge Nazir Khan and Utd Wahid Khan at the court of Jodhpur.

The asteroid belt between mars and Jupiter in the solar system has 4 main belts namely Ceres, Vesta, Pallas and Hygiea.

The belt was formed from a group of planetesimals. Planetesimals are precursors of proto planets. Between mars and Jupiter, the gravitational pull is higher from Jupiter, the pull imbued the proto planets to accrete into a planet. As days passed, the collisions became violent shattering them into asteroids.

The IAU was founded in 1919. The objective of the organization was to promote and safeguard astronomical science in every aspect. The organization recognizes the authorities assigning names and designations to celestial bodies.

The IAU general assembly meets once in 3 years. The last IAU assembly was held a Vienna, Austria in 2018. The next IAU assembly is to be held at Busan, South Korea in 2021.