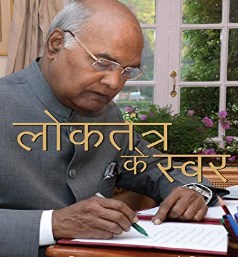 The Second Volume of Books are a compilation of 95 speeches delivered by President of India Ram Nath Kovind during his 2nd year in office starting July 2018 to July 2019.

The speeches of President represent vision, aspirations and ethos of country and also represent contours of a New India.

The books are a collection of nuggets of President’s wisdom and visionary world view and also a testament of faith in strength of India.

Speeches have been divided into 8 categories:

Publisher: Books have been brought out by Publications Division under Union Ministry of Information & Broadcasting.

e-version: To meet the demands of readers preferring to read in e-mode, the Books will also be available on Kindle and App Store.