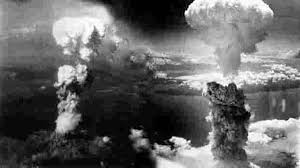 A court in Japan has recognized the victims of the ‘black rain’ caused due to the atomic bomb incident in 1945, for the first time in the history of the country. The court has also asked the city administration of Hiroshima to provide all the medical benefits to the survivors of this incident, in line with the other survivors.

The case was filed by the applicants who are in their 70s and above for compensation and government medical benefits for the physical sufferings caused by the atomic bomb incident. These people are suffering from various radiation-induced illnesses and that is why all these people have been identified as atomic bomb victims, though they live outside the marked area for radioactive rain, in the country.

The applicants have developed several ailments such as cancer and cataracts linked to radiation after they were exposed to black rain, not just that which fell but also by taking water and food in the area contaminated by radiation.

Now, the court has ruled that all such people should be covered under the ambit of the government benefits for the atomic bomb incident victims.