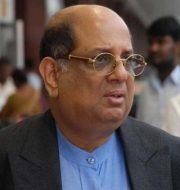 President Indian Olympic Association (IOA) N. Ramachandran was awarded the Olympic Order for his outstanding services to the Olympic movement.
The award was formally bestowed upon him by the President of the International Olympic Committee (IOC) Thomas Bach.