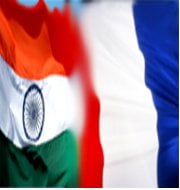 India and France will launch the Year of Environment. It will be launched by the Environment Minister Prakash Javadekar and his French counterpart Ms. Barbara Pompili in a bid to strengthen the ecological partnership.

India has made significant efforts in the climate change action. India achieved 26 per cent of reduction of emission intensity so far. The renewable capacity in India stands at 90 Giga Watt as of 2020. It also includes 36 Giga Watt of solar energy and 38 Giga Watt of wind energy