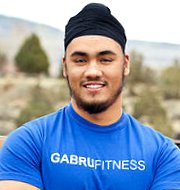 20 year old Indian-American Amitoj Chhabra has won the Junior Title at the US Powerlifting Association National Championships 2015.
He won this title after he lifted a total of 1,383 pounds in the junior title Championship which was held at the Golden Nugget Casino in Las Vegas.
In this championship, Chhabra had squatted 485 pounds, bench pressed 325 and had dead-lifted 573.
He is son of a Punjabi father and a Nepali mother. He had started powerlifting in 2013 and began competing at various championships in May 2014. Presently, he is undergoing Adam Lauritzen of Silverback Strength and Conditioning in Reno.
He also holds 7 Nevada state powerlifting records of which three are in the 18-19 age category. Now, he is also competing in the 20-23 age category, where he still holds same records.