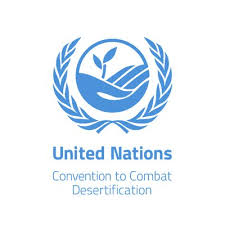 For the first time ever India will be hosting the 14th session of Conference of Parties (COP-14) of United Nations Convention to Combat Desertification (UNCCD) in September 2019, to address the issue of land degradation and desertification.

Presidency: India will be taking over the COP presidency from China for the next two years until the next COP is hosted in 2021.

Participants: At least 5,000 delegates from nearly 197 countries will be participating in the event which will be held between rom 29th August to 14th September 2019 at India Expo Mart Limited, Greater Noida.

Function: One of the primary functions of COP-14 is to review reports submitted by Conference of Parties to convention and detailing how they are carrying out their commitments.

India’s Land Degradation Problems: India faces a severe problem of land degradation (meaning the soil becoming unfit for cultivation). The Indian Space Research Organisation (ISRO) in its 2016 report found that over 29% of India’s land (in 2011-2013) was degraded which was 0.57% increase from year 2003-2005.

Ahead of COP-14, Prakash Javadekar, Union Minister of Environment, Forest and Climate Change (MoEFCC) has launched a flagship project which is a part of a larger international initiative called ‘Bonn Challenge’.

It is aimed at enhancing India’s capacity for Forest Landscape Restoration (FLR). During the pilot phase of project (initial 3.5 years), it will be implemented in Haryana, Madhya Pradesh, Maharashtra, Nagaland and Karnataka. Thus initially, the project will be aimed at developing and adapting best practices and monitoring protocols for country, and building capacity within 5 pilot States. Later, it will eventually be scaled up across the country through subsequent phases of project. The project will be implemented by MoEFCC in partnership with International Union for Conservation of Nature (IUCN).

The United Nations has 3 major Conventions-