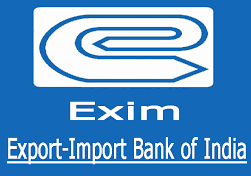 The Union Cabinet headed by Prime Minister Narendra Modi has approved a capital infusion of Rs 6,000 crore in state-owned Export-Import Bank of India (Exim) to expand its business.

How the capital infusion would be made?

Key facts about the capital infusion proposal are:

Authorised capital refers to the maximum amount of capital for which shares can be issued by a company. The Authorised capital would be mentioned in the Memorandum of Association of the Company and can be increased at any time in future.

The capital infusion and increase in authorised capital give an impetus to new initiatives such as supporting Indian textile industries, likely changes in the Concessional Finance Scheme, likelihood of new letters of credit in future in view of the country’s active foreign policy and strategic intent. This will have a positive impact on increasing the exports of India.

Exim Bank is a premier export finance institution of India. It was established in 1982 under the Export-Import Bank of India Act to promote the Indian exports. Exim Bank assists the Industries across wide avenues like import of technology, export product development, export production, export marketing, pre-shipment and post-shipment and overseas investment.