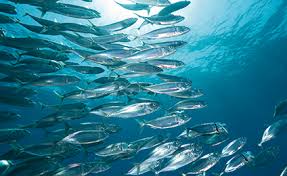 According to recent study, fish are losing their sense of smell as rising carbon emissions is turning water they live more acidic. CO2 is absorbed by seawater forming carbonic acid. Due of ocean acidification, fish will lose some of their smelling sense, making it more difficult to survive.

Fish use their sense of smell for essential things such finding food and safe parts of ocean to re-produce, recognising each other and most importantly sniffing out danger so they can avoid predators. Since1800’s ocean CO2 levels have risen by 43%. It is predicted to be more than double current level by the end of the century.

For this study, researchers compared behaviour of juvenile sea bass at CO2 levels typical of today’s ocean conditions and those predicted for the end of the century. It was found that sea bass in acidic waters swam less and less likely responded when they encountered the smell of a predator. It also showed that these fish were more likely to freeze as they were feeling anxious. Though, only sea bass was used in the research, processes involved in sense of smell that are common to many fish species. Thus, these findings will also apply to other types of fish.