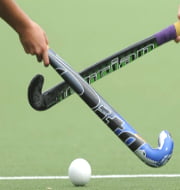 The International Hockey Federation (FIH) has promoted Hockey India national-level umpire Nepoleon Singh (30) as the International Outdoor Umpire.
Decision to this effect was taken by FIH after seeing his performance in the recently-concluded 12th South Asian Games 2016 held at Guwahati, Assam.
Nepoleon started his career as an umpire from Manipur in the 3rd Hockey India Junior Women National Championship 2013 held at Ranchi, Jharkhand.
His first major breakthrough as umpire was in the eighth Junior Men Asia Cup, held at Kuantan, Malaysia in 2015.
With this promotion he becomes one of the young umpires from India who have recently been upgraded to international-level outdoor umpire. Including him there are total of 14 Indian umpires (10 men, 4 women) in the category of international-level umpires.