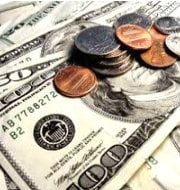 Top 10 countries in FDI Confidence Index 2018 are United States (1st), Canada (2nd), Germany (3rd), United Kingdom (4th), China (5th), Japan (6th), France (7th), Australia (8th), Switzerland (9th) and Italy (10th).
US has topped spot for the sixth year in a row mainly due to continued confidence result of its large market, strong and sustained economic growth and recent corporate tax cuts. Switzerland and Italy have entered in the top 10 position for the first time in more than decade.
Asia Pacific region: Investor preference for the region appears to have declined slightly with only seven Asian countries appearing on 2018 FDI Confidence Index.
Emerging markets: This year marks an all-time low for the share of emerging markets on index. Just four emerging markets have appeared among top 25 countries viz. China, India, Mexico, and Brazil. This suggests that confidence in investing in specific emerging markets has declined.
India: The fall in India’s rankings may be due some policies such as challenges faced in implementation2017 nationwide goods and services tax (GST) and 2016 demonetisation initiative which disrupted business activity and weighed on economic growth which has deterred investors sentiments in short term. But strong economic performance and sheer size of Indian market are important factors likely to attract investors.
Investors based in Americas and in industry sector rank India highest in terms of their intention to invest there. This confidence may be result of Government’s Make in India initiative, which aims to boost investment in India’s manufacturing sector as well as its pursuit of closer ties with US.
Moreover, reforms have made positive impact on India’s attractiveness including dismantling of Foreign Investment Promotion Board and liberalisation of overseas investment thresholds for retail, aviation, and biomedical industries.

The index is annual analysis of how political, economic, and regulatory changes will likely affect FDI inflows into countries in coming years. It is constructed using primary data from proprietary survey administered to senior executives of world’s leading corporations. Companies participating in survey have annual revenues of $500 million or more.