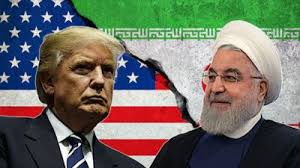 The Supreme Leader of Iran, Ayatollah Khamenei on Friday, 17th January 2020 lambasted the United States(US) Government of lying to the people of Iran and also called European Countries as the servants of the United States. The remarks came as the ongoing tensions between the US and Iran continue since 2nd January this year when the US assassinated the Iranian Major of Quds Force, Qassem Soleimani.

Later on Friday, In a reply to the Iranian Supreme Leader remarks, the United States President, Donald Trump tweeted from his twitter account to send a scathing indictment of leadership in Iran by urging Iranian Supreme Leader to stop killing people and used the slogan associated with his presidential campaign ‘Make America Great Again’ to implement the same in Iran by ‘Make Iran Great Again’. The US President also stated that for achieving their dreams, the people of Iran require a government that respects the demand of its citizens rather than killing them.