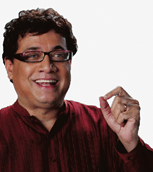 The constitution of India says that an MP who has been nominated by the President to either of the house of the Indian Parliament is not eligible for casting vote in Presidential election.

President nominates 12 members in Rajya Sabha. However, these nominated members there cannot vote in Presidential election. As per article 331 of Indian constitution, the President can nominate not more than 2 members to the Lok Sabha from the Anglo-Indian community, if he finds that Anglo-Indian community is not adequately represented in the Lok Sabha.

As per Article 80 (1) of the Indian constitution 12 members are nominated by the President from persons with special knowledge or practical experience in areas like literature, science, art and social service. Article 84 (b) demands that a person shall be of not less than 30 years of age.