Entrepreneur based in Karnataka, was quote for his efforts to provide affordable solar power to more than one million poor. Harish Hande co-founded SELCO INDIA, a social venture, to eradicate poverty by promoting sustainable technologies in rural India. SELCO INDIA has installed solar lighting systems in over 1 lakh 20,000 households in the rural areas of Gujarat and Karnataka


Maharashtra born, established a centre that provides small loans to farmers, plus self-help projects for small villages. At the ceremony, she stressed on the need for self-sufficiency and social reform.


Based in the central Philippine province of Negros Occidental, was also cited for its work in combating rural poverty.


Entrepreneur, who has built community-run hydropower plants in rural communities

‘Sports Bill’ to be re-drafted by the Government 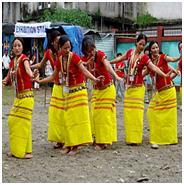