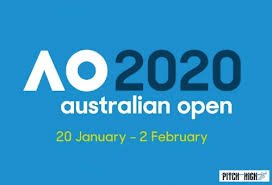 The first of the four Grand Slams tennis events to be played in a year, The 108th edition of the Australian Open began on Monday, 20th January 2020 in Melbourne and conclude on the 2nd of February 2020. The first grand slam of the year 2020 will feature the defending champions of the event in Men’s Singles and Women’s singles category: Novak Djokovic and Naomi Osaka respectively. This will be the first time that the tournament will be played on a GreenSet, making it the third type of hard surface in which the tournament will be played.

The Australian Open tournament is the first of the four Grand Slam tennis tournaments held every year, before the French Open, Wimbledon and the US Open events. It is organized by Tennis Australia and generally held during the last fortnight of every January. The event comprises of many categories including Singles and Doubles matches for Men and Women, Mixed Doubles, Junior Championship, and wheel-chair matches.