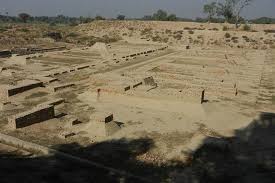 The archaeological experts from Pakistan and Italy have discovered a 3000-year old city named’ Bazeera’ .   The city believed to be the remains of the Alexander the Great, in joint excavation in northwest Pakistan. The new discovered city  named Bazeera was made in Barikot Tehsil of Swat District of Khyber Pakhtunkhwa province famous for 5,000 years old civilisation and its artifacts. The experts also find traces of Hindu temples, coins, stupa, pots and weapons of that period. Experts believe that Alexander came to Swat along with his army in 326 BC and defeated the opponents in a battle at Odigram area and constructed the walled city named Bazeera and a fort.