May 22: International Day for Biological Diversity 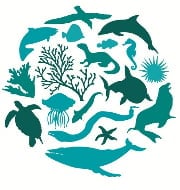 Every year May 22 is being observed as International Biodiversity Day (IDB) across the world to promote conservation and sustainable use of biodiversity.
Objective:  (i) To step-up understanding and awareness about biodiversity issues. (ii) To make people aware about the importance of biodiversity on the one hand and its unprecedented loss on the other.
2016 Theme: “Mainstreaming Biodiversity; Sustaining People and their Livelihoods”.
The theme highlights the role of biodiversity in underpinning development. The United Nations (UN) also has highlighted the importance of biodiversity as an important cross-cutting issue in in the Sustainable Development Goals (SDGs).
Biodiversity: It refers to the variety of flora and fauna that make up the ecosystem. The preservation of the ecosystem is vital to natural balance and human existence.
Background