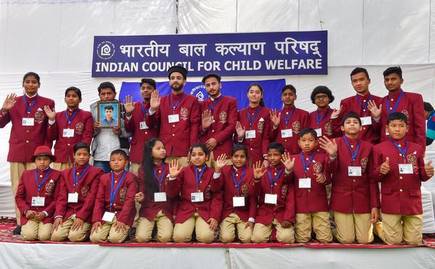 The Indian Council for Child Welfare (ICCW) National Bravery awards for the year 2019 will be conferred to 22 children (12 boys and 10 girls) by the President of India, Ram Nath Kovind on Saturday, 25th January 2020. The 22 recipients of the 2019 award come from 12 different states of India. The award instituted in 1957 for children below 16 years of age is conferred annually. The award is given in five different categories: 1) The Bharat Award,  2) The Geeta Chopra Award,   3)The Sanjay Chopra Award  4)The Bapu Gaidhani Award and 5) The General National Bravery Award.  This year, among them, one award was given posthumously. The highest award called Bharat award was conferred on a 15-year-old Kerala boy Adithya, for saving more than 40 lives after a bus accident.

The Indian Council for Child Welfare was formed in the year 1952, which initiated this award to recognize children for their brave and spontaneous selfless service or their daring act against a social crime.