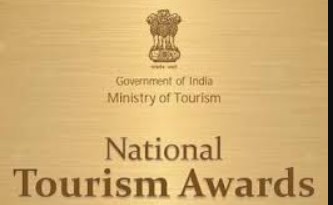 National Tourism Awards for 2017-18 were presented by Vice President M. Venkaiah Naidu in New Delhi on 27 September 2019 on occasion of World Tourism Day. This year a total of 76 awards were given under various categories.

Andhra Pradesh: The state won the first prize for Best State for Comprehensive Development of Tourism. Andhra is known for its beaches and temples, and won the award for overall growth in tourism category.

Goa and Madhya Pradesh: Both states were announced as joint winners in Adventure Tourism category.

Uttarakhand: The Himalayan state won the best film promotion friendly state. Telangana: It won the best state in innovative use of IT category.

The National Tourism Awards are presented every year by Union Ministry of Tourism, to various segments of the travel and tourism industry.

These awards are presented to State Governments/Union Territories, classified hotels, heritage hotels, approved travel agents, tour operators and tourist transport operators, individuals as well as other private organizations in recognition of their performance in their respective fields. It also encourages healthy competition with an aim to promote tourism in country.

The awardees are selected by Committees constituted for purpose and the decision of Union Ministry of Tourism is final and binding.

An avalanche and flash floods triggered in Alaknanda river in Chamoli district of Uttarakhand follow...