The Ministry of Human Resource Development has released the All India Survey on Higher Education 2018-19.

The report is based on the survey which covers all the Institutions in the country engaged in imparting of higher education based on the parameters such as teachers, student enrolment, programmes, examination results, education finance, and infrastructure. 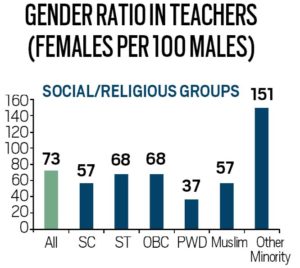