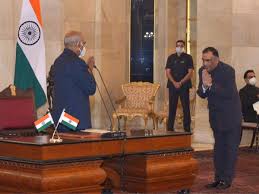 The post of Chief Information Commissioner was lying vacant over two months after Bimal Julka completed his term in August, 2020. Sinha was short-listed for the post by a three-member committee headed by PM Modi. Besides the Prime Minister, the opposition party leader in Lok Sabha Adhir Ranjan Chowdhury and Home Minister Amit Shah were the members of the panel.

The roles and responsibilities of the Chief Information Commissioner are defined by the right to Information Act, 2005. The act also defines the tenure, terms of service and salaries of the commissioner.

The Right to Information rules, 2019 were notified in October 2019. The main provisions of the rules are as follows

Eligibility to become a CIC

Section 12(6) of the Right to Information Ac, 2005 says that the CIC and the Information Commissioners shall not be a Member of Parliament. Section 12(5) of the act states that he should a person of eminence in public life, experience in law, science and technology.