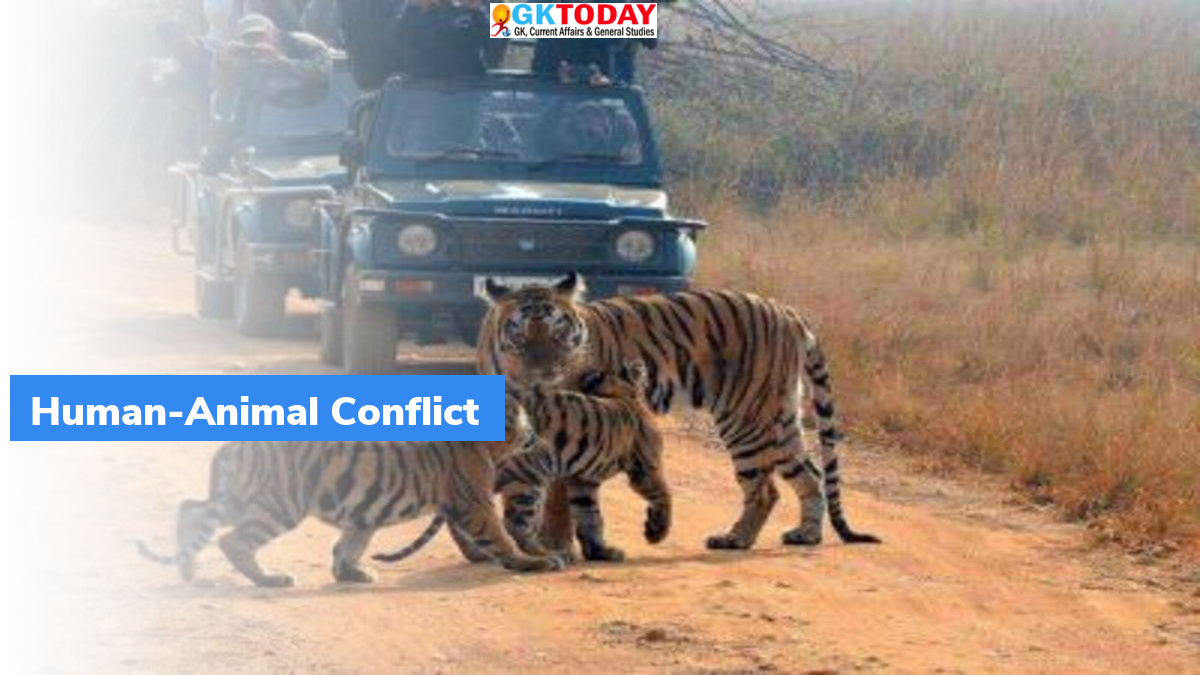 World Wide Fund for Nature (WWF) and UN Environment Programme (UNEP) recently released its report titled “A future for all – the need for human-wildlife coexistence”.

What does report highlights about India?

Human-animal conflict cannot be eradicated completely. However, a well-planned and integrated approaches can be adopted in order to reduce conflicts. It can also lead to a form of coexistence between humans and animals.

This model was developed by WWF India in Sonitpur district of Assam where, destruction of forests had led elephants to raid crops. This was causing deaths of humans as well as elephants.  To reduce the conflict, ‘Sonitpur Model’ was developed during 2003-2004. Under this model, community members are connected with state forest department. Community members are given training regarding how to work in field and drive elephants away from crop fields safely. WWF India also developed a low-cost, single strand, non-lethal electric fence in a bid to ease guarding of crops from elephants. As a result of this model, crop losses reduced to zero and Human & elephant deaths also reduced.