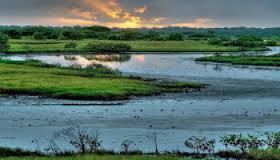 The theme of this year’s World Wetlands Day is “Wetlands and Biodiversity”. Recently, 10 more wetlands of India are included in the ‘Ramsar site’ list. With this, India has 37 Ramsar sites totally, which cover more than 1 million hectares of area in the country.