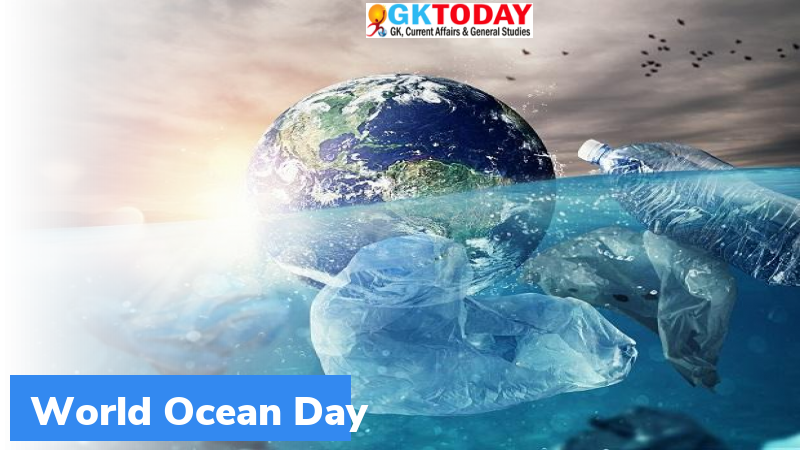 World will observe the World Ocean Day on June 8, 2021 under the theme- ‘The Ocean: Life and Livelihoods’.

The day is observed annually on June 8. The day provides governments across the world an opportunity to inform people about impact of economic activities and human actions on ocean.

How this day is significant?

Oceans play a major role in everyday life of people and are considered as lungs of our planet. It is an important part of biosphere as it provides us with water which is an integral element of our daily lives. However, oceans are bearing the brunt of man-made destruction over the years. Industrial waste and unwanted litter into ocean are degrading & destabilizing earth’s dynamics with its natural resources. It might lead to an eventual and unfortunate end. Thus, it becomes important to save oceans and World Ocean Day is committed towards it.

World Ocean Day was first suggested in 1992 during Earth Summit in Rio de Janeiro with the aim of celebrate this vast water body, its benefits in our lives and to raise awareness to make it a part of sustainable development. Following this, UN general assembly passed the resolution on December 5, 2008 to designate this day.