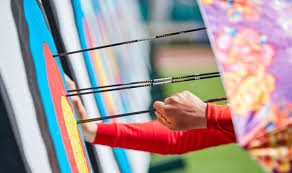 The Indian archery athletes were only allowed to compete under a neutral flag at events that directly affected their qualification chances for the Olympics. After the ban is lifted, Indian archers are allowed to participate in World Archery events. India currently has three men’s and one women’s quota place at Tokyo 2020. Following the lifting of the ban, the Archery Association of India has been instructed by the World archery to furnish a quarterly progress report on the changes that have been instructed regarding the membership of the athlete, governance issues to be resolved by making changes in the constitution of the Association by developing a strategic plan.