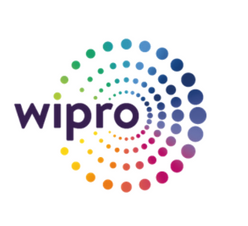 Wipro Limited has announced that it has joined an initiative by the World Economic Forum (WEF) called “Partnering for Racial Justice in Business initiative”. This partnership will help in cross-pollinating ideas with the other industry leaders and help in developing industry standards and best practices.

This initiative will help in promoting a culture of inclusion, diversity, justice and equity for the people coming from different racial backgrounds at the workplace. The initiative aims to drive action & accountability for companies in order to confront racism at the systemic level, to set new global standards to achieve the “racial justice” in business, and to accomplish important policy changes for the purpose of inclusion & advancement of the professionals with the under-represented racial & ethnic groups.

It is an Indian multinational corporation which is tasked with providing information technology, consulting services and the business process services. The corporation is headquartered in Bangalore, Karnataka. Wipro has separated its non-IT businesses in the year 2013 and established the privately owned Wipro Enterprises. Wipro was incorporated in December 1945 by Mohamed Premji in Maharashtra as “Western India Palm Refined Oil Limited”. Later it was abbreviated as Wipro. The company was initially a manufacturer of vegetable and refined oils in Amalner, Maharashtra in British India. It used to supply products under the trade names such as Camel, Kisan and Sunflower. In 1970s & 1980s, the company shifted its focus to IT and computing industry after the death of Mohamed Premji.

This international NGO was founded in 1971. It is based in Switzerland. The forum is committed to improve the state of the world by engaging into the business, academic, political and other leaders of society in order to shape the industry, regional and global agendas.