WIPO: India filed less than 1% of patents filed across the world in 2019 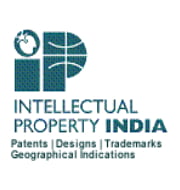 The recent data published by the Geneva-based World Intellectual Property Organization (WIPO) has shown that India filed less than 1% of the global patent applications with total filings of 2,053  in 2019. Apart from that, a decline has been noticed in applying for trademarks (0.7%) and only three industrial designs have been filed in 2019.

What is the WIPO Patent application?

The international patent application under the Patent Cooperation Treaty is a type of right granted for an invention that offers a new technical solution to a problem.

What are the rights that are provided by a patent?

It enables an owner to decide who may use the patent without his discretion and thus provides restriction on unauthorized use, distribution, import, selling of the invention.

What is the Patent Cooperation Treaty (PCT)?

PCT is an international patent law treaty, that assists the applicants in seeking patent protection for their inventions internationally. It was signed in 1970 and became effective in 1978.

China ceased the hegemony of the US in filing for patents in 2019 with a total of 58,990 applications, which is 22% of the global filings.

World Intellectual Property Organization is an agency of the UN, which was formed in 1967, to promote and protect the intellectual property of the world through cooperative operations between the countries and the international organizations.