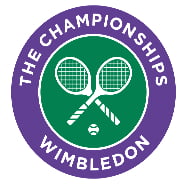 The Wimbledon Tennis Tournament has been cancelled, in light of the global pandemic, for the first time since the World War II.

The Wimbledon is the oldest tennis tournament in the world. It was founded over 140 years ago in 1877. It is one of the 4 Grand Slam tennis tournaments and is held in All England Club in Wimbledon, England. It is usually conducted between late June and early July.

The Grand Slam tournaments are operated by the International Tennis Federation or ITF. The ITF was founded in 1913 in London, UK. It is involved in promotion of the sports, maintaining the sport’s integrity through anti-corruption and anti-doping programs, enforcing rules and regulations of international tournaments, etc.