What is the key agenda of 13th Petersburg Climate Dialogue’ 2022? 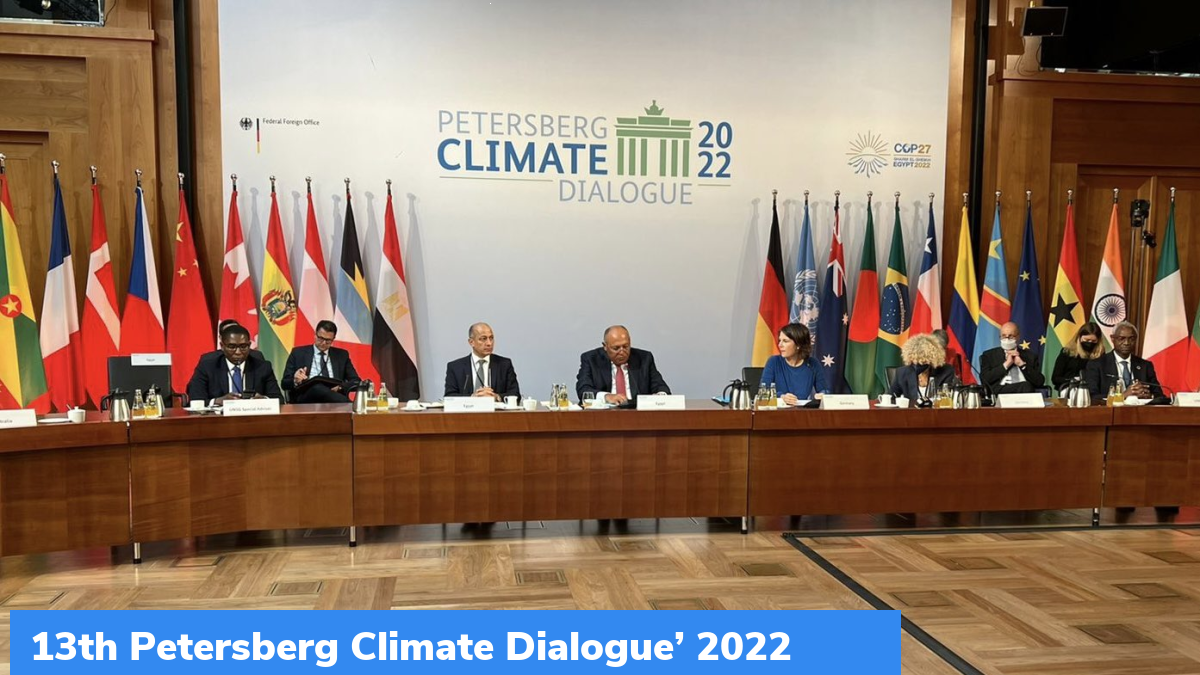 The 13th Petersburg Climate Dialogue was held on July 19th and 20th, 2022 in Berlin, Germany. It was chaired by Germany and Egypt, which are also hosting the 2022 annual climate meet (COP-27). During the informal ministerial meeting, countries agreed on consensus and provide political direction in a bid to resolve divergences, with the objective of improving implementation of climate action, in line with the goal of COP-27.

Key agenda of the ministerial meeting include:

The 13th Petersburg Climate Dialogue’ 2022 will open way for a successful global climate conference, which is scheduled to be held in Egypt in November 2022. Petersburg Dialogue was started in 2010 by former German Chancellor Angela Merkel. Since then, it is serving as a forum for ministers for building political consensus to resolve differences on issues in negotiations. The forum brings the selected countries together annually, to bring about successful negotiations at the UNFCCC climate change conferences.