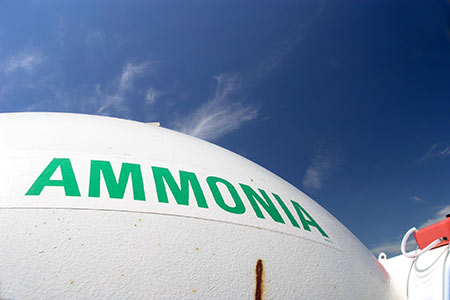 To produce fertilisers, India is importing a significant volume of ammonia every year. In 2019, the total imports of ammonia amounted to 478 billion USD. The main segments that consume ammonia are Urea and Ammonium phosphate. These segments account to 93.8% of ammonia consumption in the country. Since 2008, India has been a net importer of ammonia and it is expected to continue on similar trend until 2022. The Green Ammonia Projects are to be launched to change this scenario.

Green ammonia refers to ammonia, which has been produced through a process that is 100% renewable and carbon-free. One way of making Green Ammonia is by using the hydrogen from water electrolysis and nitrogen separated from air. These two elements are then fed into the Haber process. In the process, nitrogen and hydrogen react together in high pressure and temperature to produce Ammonia.

Currently, ammonia making is not a green process. It is now made from methane. It is called Steam Methane Reforming (SMR) process. Around 90% of carbon dioxide is produced from SMR process.

Why is Ammonia highly important?