What is Exercise Sea Vigil-22? 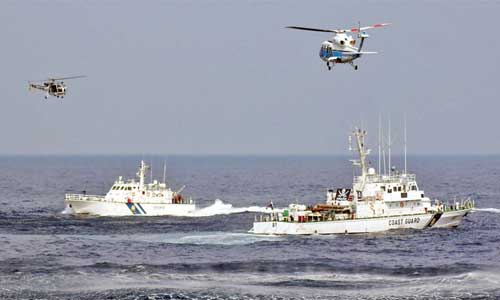 Exercise Sea Vigil-22 was organized by the Indian Navy on November 15 and 16 this year. This is the third edition of the Pan-India coastal defence exercise. The previous edition was held in January 2021.

Who participated in this exercise?

The national-level coastal defence exercise was organized by the Indian Navy in coordination with the Coast Guard and other government entities involved in the maritime activities of India. The assets of the Indian Navy, Coast Guard, Customs, and other maritime agencies took part in this exercise. It involved the participation of fishing and coastal communities as well.

The exercise is facilitated by the Union Ministries of Defence, Home Affairs, Shipping and Waterways, Petroleum and Natural Gas, Fisheries, Animal Husbandry, and Dairying, Customs, and other central and state government agencies.

The Theatre Level Readiness Operational Exercise (TROPEZ) is a biennial exercise conducted by the Indian Navy. This theatre-level exercise is conducted in distinct phases that test the Indian Navy’s transition from peacetime to hostilities. The first phase is the coastal defence exercise Sea Vigil. This exercise, together with TROPEX, covers the spectrum of maritime security challenges. These exercises validate the Indian Navy’s Concept of Operations in various conflict scenarios, improve its warfighting capabilities, and strengthen its role in the maritime security of the wider Indian Ocean Region (IOR).